This is the fourth posting in a series recounting some of my experiences during a trip I made to Brazil in 1972. I was hired by the Presbyterian Church US to write and field- produce a fundraising documentary for a project the church had undertaken with a small group of Brazilian Presbyterians to rescue starving families fleeing Brazil’s drought- ravaged sertão. (See postings 4, 5&6) 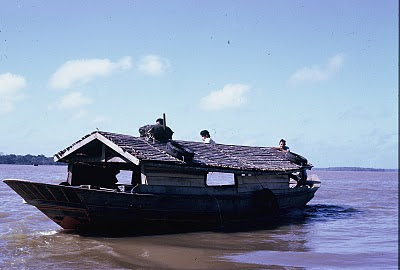 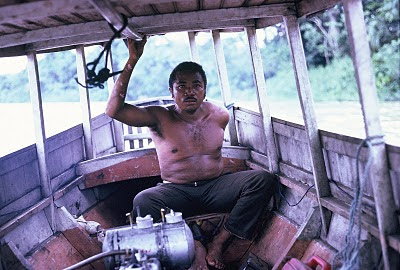 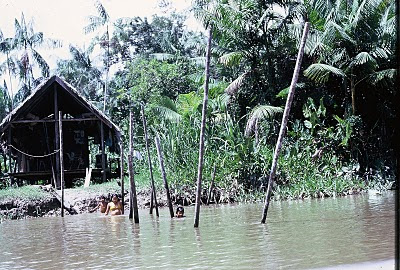 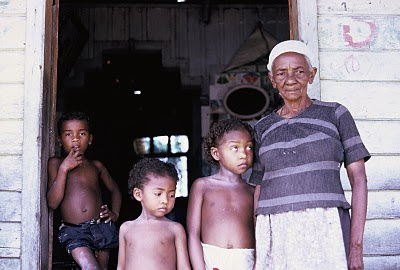 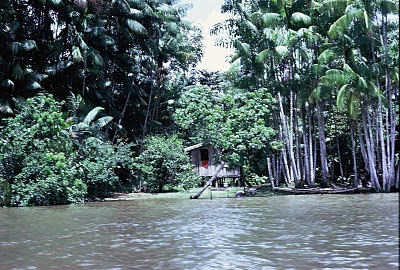 
We shared our sandwiches and sodas with the boat owner and his assistant, then turned in for the night. It wasn’t long before I heard the snores of my companions. I knew Bill could sleep anywhere, in any position. When we were doing our original surveying, before the crew got there, I saw him sound asleep standing in the corner after a rough ride into the interior. And I am sure the boat owner and his helper had spent many a night on the boat. But I was surprised how easily our director, cameraman and sound engineer nodded off. As for me, I spent most of the night listening to the sounds coming from the rain forest which, for reasons I can’t explain, filled me with a peace I don’t ever remember feeling before or since.
Sometime before dawn I woke the crew.  We set up our equipment by flashlight and waited for the sun. Our sound engineer, with my help, captured the awakening jungle sounds as the cameraman, assisted by the director, recorded the spectacular sunrise. Viewing the film after all these years, I see the wisdom of the director’s decision. The shot was essential.  It was critical to the telling of the story, for the Amazon River is as much a character in our tale as the people whose story we were telling.
Posted by Sunny Fader at 1:45 PM 1 comment: 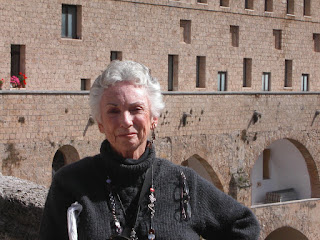 I am interrupting my usual storytelling to ask a favor. I have entered my new book project, "Wisdom Journey" in the "Next Top Spiritual Author Competition."  To get to the second stage of the contest I need to be among the 250 contestants who receive the most votes for their  project. This means that I need to get as many people as possible to go to the site and vote for my book.  If you have been enjoying my blog and would like to help me turn my stories  into an inspiring, empowering book, all you have to do is click the link I’ve included at the end of this explanation. It will take you right to my pitch on the contest website, which you can listen to. To vote, go to the right hand top of the page where you will see the headings: Author Login /Voter Registration/Voter Login

Click Voter Registration. Fill out the information so they can verify your email. They will send you an email confirmation and then you can go back to the site and vote. Sorry it is so complicated but they want to make sure nobody votes twice. Here’s the direct link to my page:

I would appreciate it if you would pass this on to anyone else you think might be willing to cast a vote for my book.   Unless I am among the 250 top vote getters my book proposal will not be seen by the agents, publishers and editors who will make the final decision.  This is a rare opportunity, but to take advantage of it, I need a strong support team.  Thanks for helping.