The Children Bury Their Own

This is the second posting in a series recounting some of my experiences during a trip I made to Brazil in 1972. I was hired by the Presbyterian Church US to write and field-produce a fundraising documentary for a project they had undertaken with a small group of Brazilian Presbyterians. That year thousands of people were dying of thirst and starvation in the semi-arid northeast section of Brazil. Many fled to Fortaleza, the closest city, only to endure more hardships. The Presbyterian project was designed to rescue some of these refugees. This posting is about something that happened while I was on a scouting trip to a favella in search of people and places to film for the documentary.


We were on our way to a favella, a collection of dilapidated shacks slapped together from tarpaper, cardboard, old shipping crates...whatever the flagelados—the beaten ones—could scavenge to create a shelter. The year was 1972. Dozens of favellas crouched in the shadows of Fortaleza’s shiny new high-rises, mocking the city’s efforts to claim its place as a modern metropolis. Overcrowded and disease-ridden, these shanty towns were the last resort for the thousands of desperate, starving men, women and children who had fled certain death in the drought-ravaged sertão. They had come to Fortaleza in hopes of finding food and work. What most of them found was more heartbreak. 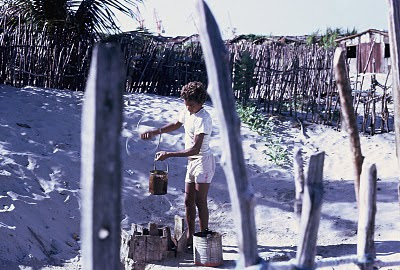 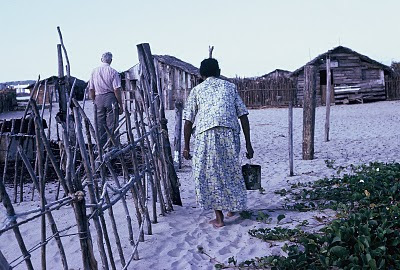 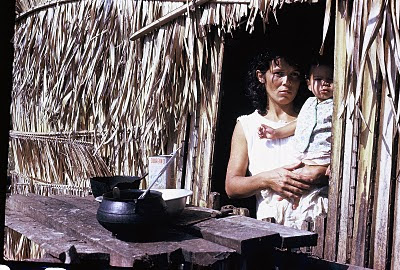 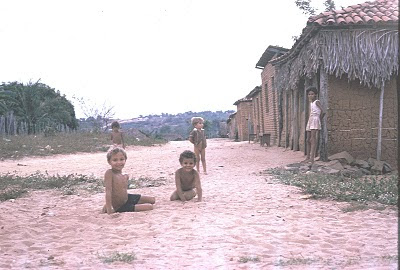 Scenes from a favella in Fortaleza, Brazil, 1972

The day was stiflingly hot. Dust and sand billowed up from the road under the churning of our tires, coating our windshield. “What’s that?” I asked Bill. Coming toward us, trudging along the side of the road, was a procession of barefoot children. There were about eight or nine of them ranging in age, I would guess, from three to maybe 12. One little girl was holding a crudely made wooden cross almost as big as she was. Two of the larger boys were carrying a small, oblong box that looked as if had been hammered together from the planks of a packing crate. Another child struggled under the weight of a rusted shovel.

“It’s a funeral,” Bill said. “The children are burying one of their own.” Then he told me the story.

In Brazil, at that time, infant and child mortality rates were among the highest in the world. One out of every two children died before the age of one. Half of those who survived were dead before their fifth birthday. For the children of the favellas, the odds against surviving were even greater. The biggest killer was diarrhea, a bi-product of malnutrition, poor sanitation and contaminated water.

In the favellas the death of a child had become so commonplace that parents no longer bothered to honor their passing with ceremony, so—according to Bill—in the shanty town we were on our way to visit, the children had taken it upon themselves to bury their own.

A year or so ago, he said, the children of this favella decided to provide one of their friends with a proper funeral. There was a small Catholic church down the road. They built their little coffin, hammered together a cross, and headed in procession for the church.

At first the priest told them they could not bury their friend in the church cemetery. She did not belong to the congregation. Bill didn’t know what kind of persuasion the children used, but finally the priest granted their request. But that did not satisfy the children. After they had buried their friend they knocked again on the church door. This time they asked the priest to ring the church bell to “let God know their friend was ready to come to heaven.” Again the Priest refused them, saying that the bell was only for calling people to prayer. Again, they got him to change his mind.

Church cemetery where the children buried their own.
The procession that passed us on the road that day was headed for that little church cemetery where they would bury the small makeshift coffin, then knock on the church door and ask the priest to ring the bell to herald their friend’s entrance into heaven. We did not intrude on their solemn ceremony, but after my interviews at the favella, as we headed back to our accommodations, Bill and I stopped at the little church cemetery to pay our respects.